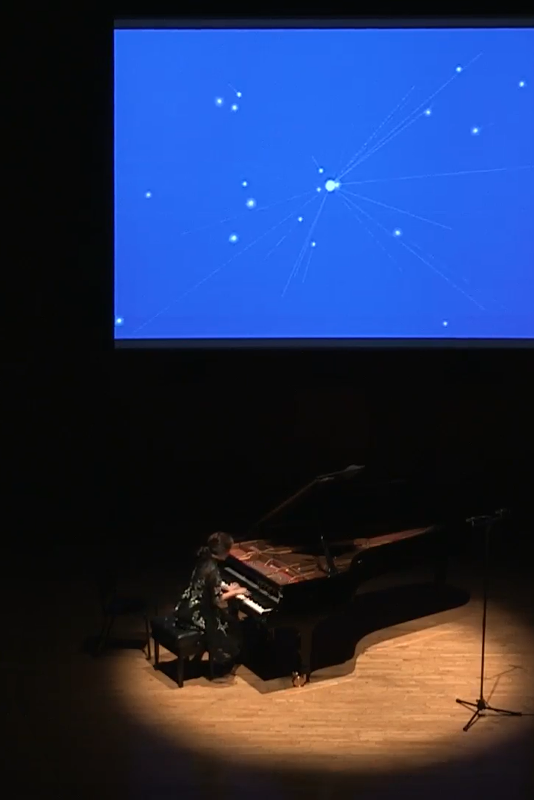 Artist Statement
I am a pianist, performer, creator, and producer presenting a fusion art form using
media substitution and exchange techniques known as conceptual transformation as a
new art genre. Through the Discovery/Advisor series. a new perspective and
interpretation of the piano is currently being planned and designed. In the future, by
expanding my creative capabilities as a performance curator, I want to be a strength to
the artistic world as a partner who can give synergy between various creative activities
and creation. Due to artificial intelligence, the closure and reduction of concert halls,
offline gatherings, and the limitations of various artistic activities, non-contact culture in
today’s society will continue even in the post-corona era. In addition to my work as a
professional pianist, I have been twisting, connecting, and transforming fashion, sound,
movement, and video, using AR, VR mediated through holograms to allow the audience
to enjoy a more personal and direct experience. I have directed and performed a form
of content/performance/exhibition in cities throughout the world including New York,
Taiwan, and India. I have established MAG, a global artist group, and I would like to play
a role in suggesting various future-oriented ideas to the art world, aiming for a living art
form that changes in real-time through close interaction between audiences and
performers. I am researching the key to human creativity and creation together with
brain scientists, and we are planning to study art for non-human creatures beyond art
for humans. 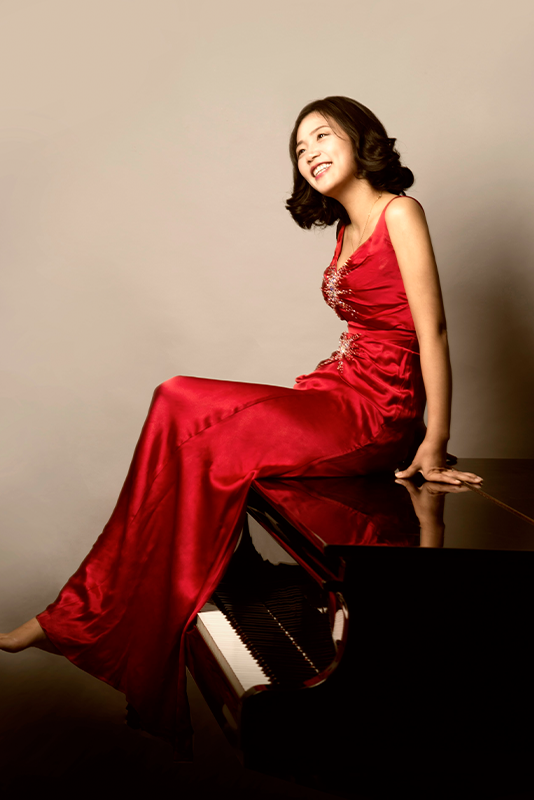 Biography
Hyo Jee Kang is a creator, performer and producer, active worldwide, mainly in America, Europe, and Asia. She founded MAG, an international creative-mind-group, seeking to unite creative minds that transcend time and space. Created in collaboration with MAG members, Fly in Water, a performance art was successfully performed in New York and Taipei. Through this work, she told the story of disappearing lives and the death of the universe. It expressed a subjective imagination on uncovered or unknown parts of space and time outside of our awareness.In this work she acted as the dramaturg and piano performer in collaboration with wearable artist Bo Choi, audiovisual artist Damian Marhulets and, choreographers Hsiau-Tzu Tien. As a promising artist (MAP artist) of the Seoul Foundation for Arts and Culture, she successfully held a musical monologue Do or not directed by Park Sang-Yeon. She performed Charles Ives Sonata No. 2 and Composed Artemis for flute and piano, and through this performance she presented her ideal form of a recital. She opened up new possibilities of performing arts that constantly exchanges multifaceted, improvised, but philosophical messages between a creator, interpreters, and audience. She continues her work of creating new art genres through the transformation and exchange of media, objects, and phenomena. The theatrical elements of her performing art came to reality through a Work in Progress style, a genre exchange. She has collaborated with various media artists and live-electronic musicians to improvise, compose, and re-compose. In 2017 Hyo Jee released G.Ligeti-H.J.Kang Lux Aeterna, a collaboration with a wearable artist, combining Korean dance and media art with colleague Kyoung Mi Kim. This piece is a transformation within a created filter by Hyo Jee from pure voices to piano sound not only just as a rearrangement but also as a new gestalt. Another collaboration is Yut-nori, a music and performance art, with performers playing actual Yutnori (a thousand-year Korean board game using four sticks, die-casted to symbolize creatures and constellations) on stage. From the die and the position of the stones, the sound comes in a particular system in real-time. Hyo Jee Kang has won numerous prizes including the monthly music contest at the age of 10, the youngest grand prize in the Teenager Competition, 2nd prize in the Ihwa Kyunghyang Competition, and was selected as a young artist in Kumho for a solo recital. From the age of 12, she studied with Professor Soo-Jung Shin and studied at Yewon School and, Seoul Arts High School, where she graduated with the highest degree. She went on to study at Seoul National University and continued her music studies at the Hanover College of Music, theater, and media in Germany where she majored in piano and composition under Johannes Schoellhorn. She then went on to study and major in piano at the Konzertexamen course under the supervision of Professor Matti Raekallio. For Yisang Yun’s Shao Yang Yin and other performances performed at the Mönchhaus Museum der modernen Kunst in Goslar, Germany, world-renowned professor Arie Vardi said, “I love her unique personality and her outstanding musicality as a pianist, composer, improviser, and creator. " She was nominated for the Mozart prize for Contemporary Music at the Salzburg Summer Music Festival, 2nd prize at the Young Concert Artists Audition in New York, and 1st prize at the Mozart International Competition in Italy. Through a classical monologue in Korea, Aimez-Vous Brahms…, she played the role of presenting various songs of Brahms on the theatrical stage and had a long-term performance for 20 days. She appeared in a commemorative concert, Schumann Brahms Festival Chamber Music Series in Bucheon City and held a duo concert with violinist Kwon Hyuk-Ju as an opening concert of Sonata Series of Baroque Chamber Hall. She has also performed several times as a member of iHeab, an interactive electronic instrument band, with Professor Doneung Lee's Center for Arts and Sciences at Seoul National University. She has appearances in various series performances such as Park Chang-Soo's The House Concert, Daegu Music Festival, the 20th anniversary of the Hongga Art Museum in Taiwan, and Listen to Tomorrow at the Hanover University of Music. She has taught various courses such as sensation and expression, piano major, composition major, dance music, performance planning, solfege, and harmonics at Korea National University of Arts, Yewon School, Seoul Arts High School, Seoul National University, Sungshin Women's University, Kookmin University, and Chung-Ang University. She is currently a professor at the Korea National University of Transportation.

Main Works
Fly in Water-Interspace
This work contains wearable art, sound design, classical piano, conceptual transformation performance, and choreography through collaborations
between artists from Taiwan, Germany, the United States, and Korea transcending space. It is a work about the exploration between
space and time beyond our awareness. Damian Mahulets, Bo Choi, Tien Hsiau-Tzu, and Hyo Jee Kang participated and showed at the CRS in New York and Hong-Gah Museum
of Art in Taipei. In this work, Hyo Jee composed the entire structure with wearable artist, Bo Choi to express the flow of ultra-modern geological philosophical meaning
visualized and manifested through Damian's video as a choreography, piano performance, and conceptual transformation art. 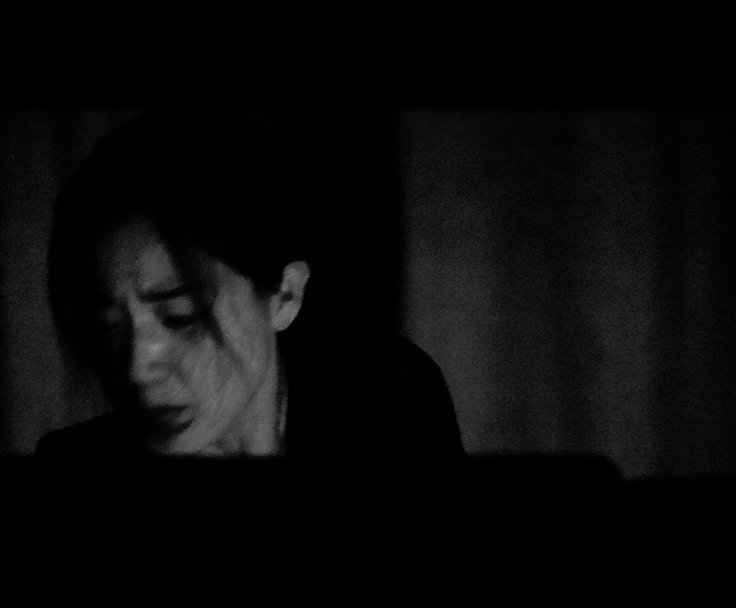 Discovery/Admire series
A form of performing art that attempts to see new ideas
and concepts while preserving the identity of Hyo Jee
Kang as a classical pianist. The series suggested new
forms such as interactive performance with media art
Childhood, conceptual transformation art Mirror, and a
real-time audience creation version of The unexpected for
non-pianists.
My Room Series
Performed as an on-air, live stream shows a dramatic
concert making the audience feel like they are watching a
play. The work starts with Reading Room – Demian, giving
one the feeling of being directly in the artist's room and
continues with Reading Room - The Little Prince and The
Movie Room - The Hunchback of Notre Dame.