hyojeekang@hotmail.com
musiziere@gmail.com
About MAG (English)
MAG is a group of people who seek to unite creative minds beyond time and space. We have been working with the following people internationally. As a being who exists in historical time and space where the past, present, and future are like a web, we ask questions and explore the recognizable world and the world beyond.
Hyo Jee Kang
Hyo Jee Kang is the founder and leader of MAG.
She has been focusing on the transformation between media and objects to create a new art form.
She works with media artists and live-electronic performers by presenting improvisation, recomposed composition, and her originals.
Her activity as a composer, performer, creator, and improviser has featured throughout Germany, Spain, Italy, Korea, Japan, the USA, Israel, etc.
Hyo Jee currently resides in New York City and Seoul, Korea, serves as a professor at Korea National University of Transportation.
In May 2018, she gave her solo performance with great success at Lincoln Center, including the Conceptual Transformation Performance.
Hyo Jee’s YouTube channel is youtube.com/hyojeekang. 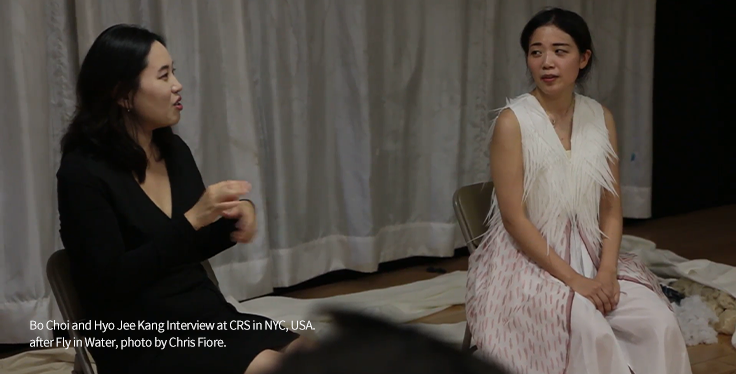 Bo Choi
Bo Choi is a fashion designer and innovative artist.
With a primary focus in new media art and fashion design,
she envisions clothes as both renderings explicit their
capacity to represent the self as well as building upon, and
breaking with, past conventions to allow an endless
refashioning of the self-disallowed by the limited vocabulary
of much art and fashion today. Currently, she is a visiting
lecture at Eskenazi School of Art, Architecture + Design in
Indiana University, Bloomington. bch1.myportfolio.com/
Damian Marhulets
Damian Marhulets is a Germany-based composer, visual artist, and producer.
As an artist-in-residence, he worked at such renowned venues as the Center for Art and
Media Karlsruhe, ACROE Institute Grenoble, and STEIM Amsterdam. His multimedia
works have been presented at many different galleries and museums of modern art.
For Damian Marhulets, modern philosophy plays an important role both for personal
research and as a source of inspiration. His fascination for works of such cutting-edge
thinkers as Graham Harman, Quentin Meillassoux, David Roden, Reza Negarestani,
Timothy Morton, Nick Land, and others helps him to explore new forms of musical
expression. He also works on establishing directer shapes of exchange between art,
music, modern philosophy, and science through personal contact with many words
leading thinkers and scientists and curating his transdisciplinary event series such as
“Unfold” or more recent “Brilliant Darkness.” In addition to his research, Damian
Marhulets also teaches composition, electroacoustic music, and sound design at the
Music Academy Neue Sterne Hannover and gives workshops on electronic music, audio
and visual software (MaxMSP, Ableton, Bitwig, Cinema4D, Houdini, VDMX), modular
synthesizers and sound design. Currently signed with Neue Meister / Berlin Classic,
he released out of two new albums since 2017. damian-marhulets.com/ 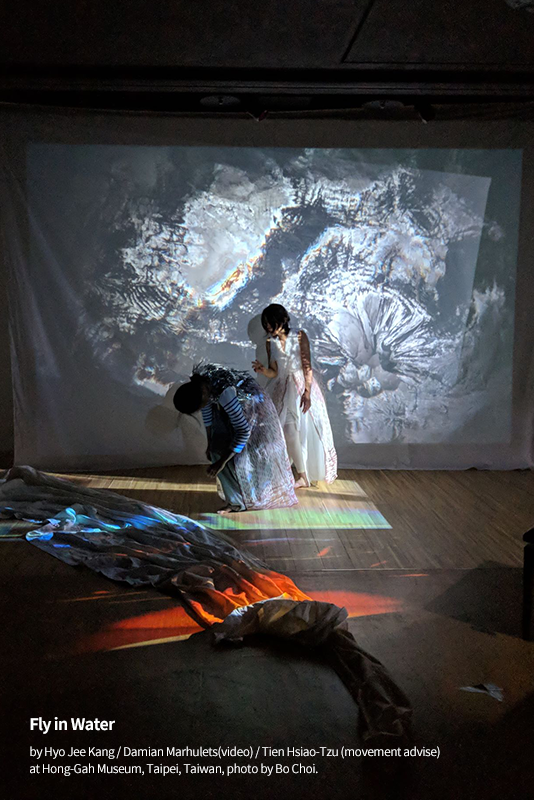 Tien Hsiao-Tzu
Freelance choreographer, dancer, and performer.
Tien uses choreography as a chisel of her life, cuts out contradictions and labels that block her self-discovery,
and tries to reveal the powerful emotions inherent in her body.
Looking into the desires and fears of life, she finds an exit from the trajectory of life and its various patterns.
Recently she started to focus more on the social phenomenon and gender issues.
In 2016 she was selected by the Ministry of Culture of Taiwan for the artist residency program in Paris.
Her works have been premiered at Taipei Arts Festival, Dance Massive (Melbourne), America Dance Festival, and others.
The Hole and Stem have been presented respectively in Avignon Off, Shenzhen Contemporary Theatre Biennale, and Dance Bridges Festival (Kolkata).
Since 2014 she has been the movement designer for various theater companies, such as Style Lab and Wind & Ear Studio.
Her choreography pieces include: Re: in the elapsed time (2020), Lucid Dream (2019), In the elapsed time (2019), The Hole (2015), Blank (2015),
They Dig a Hole under the Eyes(2014), Traveler (2012), and Stem (2011).
Jaewoo Jung
An alum of the innovative company Bereishit, Jaewoo has founded his own collaborative, Braveman. In the solo “uninhabited island,” you can see his admiration for Buster Keaton, as he mimes inflating himself and being blown about or makes two of his fingers into runa way puppets. Impressively lithe, Jaewoo is not quite funny, but the ensemble piece “Perfect Skill,” in which the dancers of Braveman irr egularly illuminate one another with flashlights, tumbles into farce graduated from the Department of Dance at Hansung University and is an independent choreographer with Braveman Company, which he formed with Minsoo Jung. He won the Grand Prize at the 2013 Conte mporary Dance Association Competition, the 2014 Korea International Contemporary Dance Competition Gold Prize, and the 2014 Greece Hellas International Dance Competition. As a choreographer, he won the 2017 MODAFE Sparkplace Awards, SCF Awards (Young Author, Solo & Duet) with his debut work <Uninhabited Island>. Major stages and festivals invited his choreography in Hungary, Bulgaria, Czech Eastern Europe, Israel, and the United States. It was produced and exhibited at the Seoul Dance Film Festival.
Dance Troupe Brave ManFounded in 2017 by choreographer Jung Jae-woo, the dance company Braveman aims to produce honest, familiar, and experimental content about society andhumans through collaboration with various genres based on modern dance
Project